In a turn of fate I don’t totally understand in the last 4 years I have found myself paid to manage social media accounts and advising not-for-profits, local government teams, research groups and businesses on their social media presence. This summarises some of the things I have learned over the last few years.

If you’re running an event, Twitter can be a great way to promote it, engage with attendees during it, and make connections afterwards. 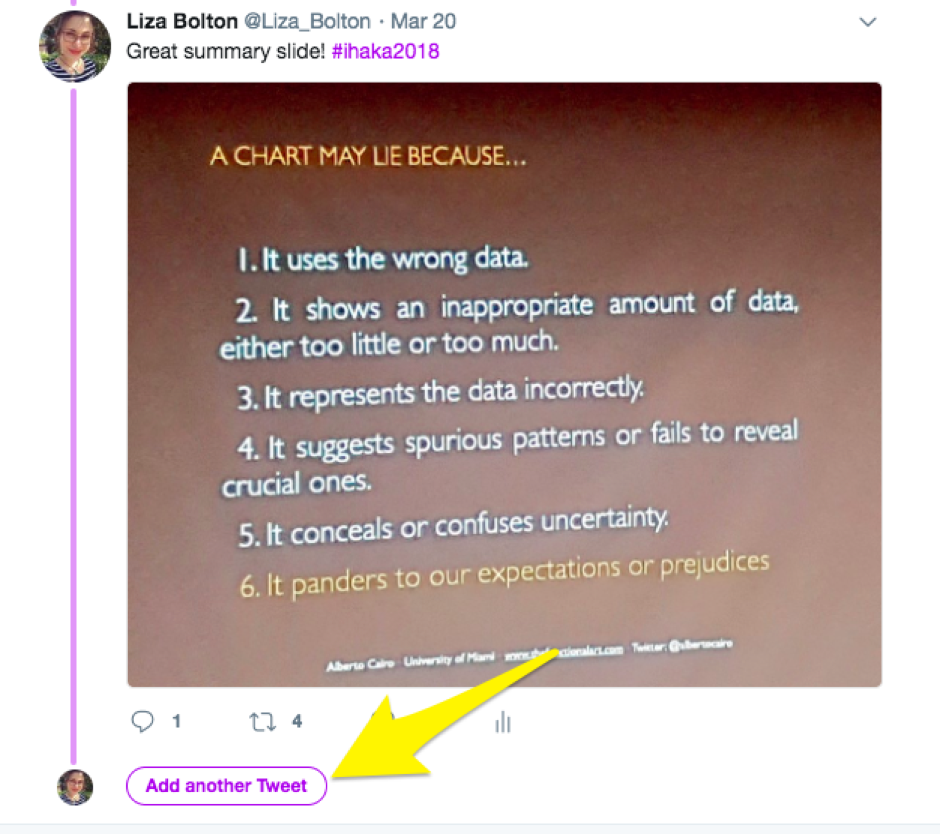 4. Retweeting is sharing other people’s Tweet. At time of writing you could do two types of Retweets:
a. A pure Retweet that will appear in your followers feed, looking like the original Tweet but with a note that they are seeing it because you Retweeted it (signified by the square arrow)

5. Pinning Tweets lets you keep announcements, events or other popular Tweets appearing at the top of your profile.

6. Moments are a feature that let you group together Tweets from a range of users and showcase highlights from an event or on a topic.
a. Here is an example of a moment I made after an event

Twitter benefits: it’s free, it encourages connections among attendees, allows people who could not attend the event to follow it, and gives you another quantifiable measure of engagement.

If you are attending an event: If you’re at someone else’s event you can “live Tweet” if it is a topic that is relevant to your audience and brand building. Reply to your previous Tweets to make a Thread because:
a. You don’t clog other people’s timelines, and
b. It makes it easy for someone to see everything you’ve said in one place.

Other things to consider

So, will you be using Twitter alongside your next event? Come continue the conversation on Twitter and judge my social media game. And get in touch if you would like a social media audit or consult.